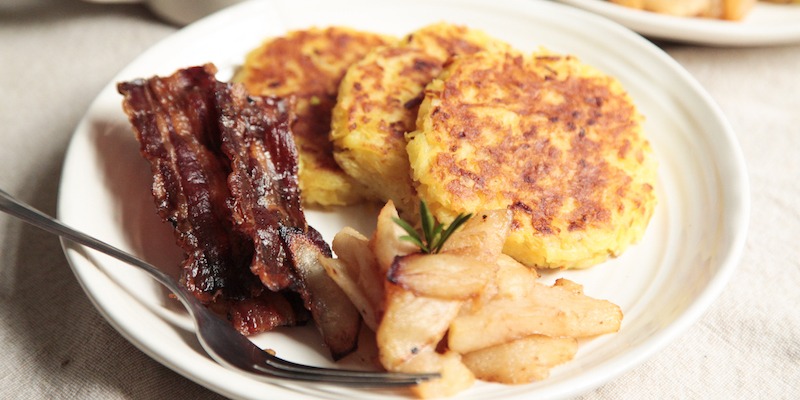 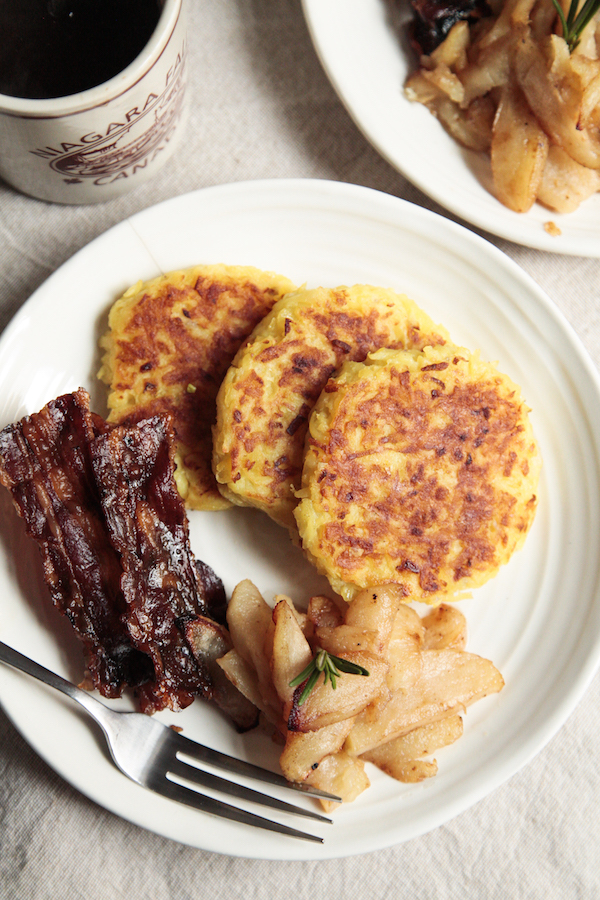 The first time I ever tried potato pancakes, aka Kartoffelpuffer, was at the Chicago Christmas market many moons ago. My hubby and I were a few months into our courtship, and he was showing me the foods from his homeland. I fell in love at first bite. They were crispy on the outside, soft on the inside, a little salty, a little greasy, and the perfect partner for apple sauce. Love was in the air big time!

Th next time I had German potato pancakes was in Germany with my in-laws. It was the first home cooked meal we shared together. My mother-in-law had heard how much I freaked out about the deliciousness of potato pancakes. She wanted to make something I would like and that she knew would be allergy friendly. Guys, talk about adorbs!

Fast forward many years to when I first moved to Germany. I would buy frozen potato pancakes and always have then stocked in the freezer. They are one of the only frozen foods made with canola oil instead of soy or sunflower. Since then, times have changed in our kitchen, and we rarely eat any pre-made food. Luckily potato pancakes are relatively easy to make, so they have not disappeared from the menu.

During Whole30, I always had parboiled potatoes in the fridge. They were my one safety blanket, if anything went wrong/we were being called by the dark side those potatoes were there to save the day. Since we had potatoes ready for the eating, I thought, dang, we can make potato pancakes! This was probably also sparked by the fact that pancakes are taboo for Whole30, so pancakes were on my mind a lot, and I was feeling rebellious. With Whole30 we couldn’t use any flour or corn. Instead, these use potato starch, which means they’re gluten free! Technically this is Whole30 approved. You tell me if it isn’t, cue #SexWithYourPantsOn ? 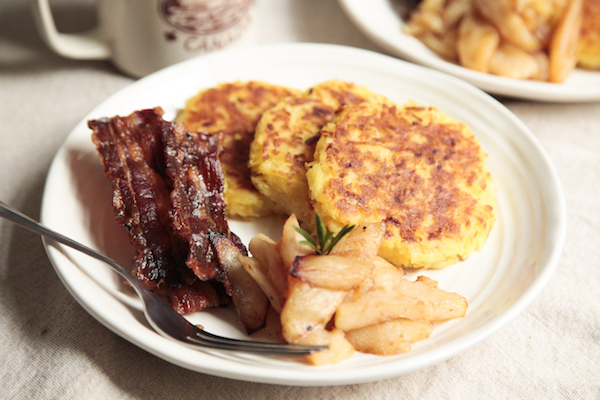 Himmel und Erd means sky and earth in German. This is how we serve the potato pancakes; earth comes from the potatoes and sky comes from apples. Apple sauce is the ultimate potato pancake topping. However, if you are feeling bacon-y, I suggest baking apples under bacon! The bacon grease drips on the apples as both bake, making luscious bacon infused baked apples (see the pic above!). Tell me you haven’t heard of anything more beautiful.

Potato pancakes also go superbly with sour cream and smoked salmon with a squeeze of lemon. This is the perfect salty sweet combo for breakfast, lunch, or dinner.

Potato pancakes are gluten free and made with Whole30 compliant ingredients. They are best served with apple sauce and sour cream.