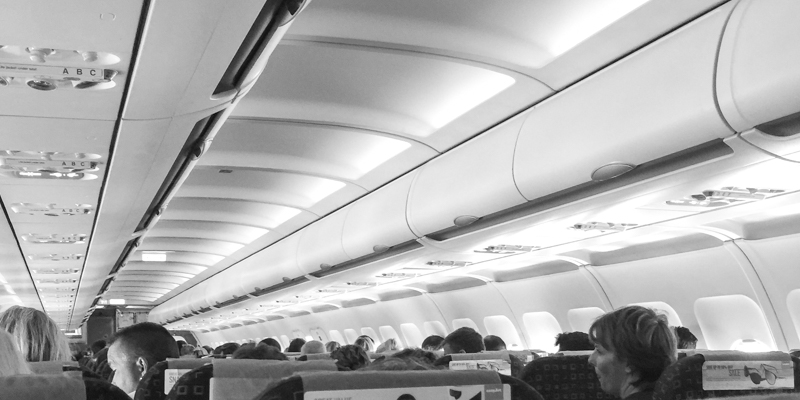 Flying with a peanut allergy takes the fear of flying to a whole new level: you are in an enclosed environment at the mercy of others. You would think that because it can be potentially life-threatening for an allergic person to fly other passengers would rally together to make sure that individual is safe. But more often than not, passengers would rather get their complimentary peanuts than accommodate an allergy. It’s true. I’ve heard the angry murmurs after an announcement is made asking people to refrain from eating nuts on the flight.

The hostility is not just on the plane. Recently it has been a heated theme in the media. Take the article about a boy being kicked off a plane because the pilot felt he was a liability. Seriously! I thought pilots would be on our side! Time to investigate.

What does a Pilot think about serving nuts on a plane?

To get a better idea of what a pilot might think of passengers flying with a peanut allergy I contacted Pilot Patrick Smith from www.askthepilot.com. His response made my heart explode with happiness! If only all pilots felt this way!

Getting A Pilot’s Opinion

We asked Pilot Patrick, what are your thoughts on banning certain foods on flights, such as peanuts?  And what do you think about making an announcement about a food allergy?

Pilot Parick Smith: “I am generally pretty sympathetic to the allergic flyer. I have no problem with passengers asking that nuts not be served nearby, or requesting that nearby passengers be made aware. As for banning them outright, however, be it as a general policy or on a per-flight basis, I’m not sure. I’d need to think about it.

Offhand, I’d say that yes, carriers should refrain from serving nuts if it’s that unsafe for somebody.

Honestly, given how many people are very, often dangerously allergic to nuts, I don’t understand why carriers have stuck with these products as snacks.”

“Not only are they unsafe for many people but they make a mess, dropping into the seat tracks and carpet crevices, etc.”

Well, there we have it. It’s all about being compassionate to those with food allergies. (duh!) I always ask myself: would people react this way if it was a visible disability? Passengers wouldn’t complain about accommodating someone in a wheelchair the way they do with a food allergy. Just because they can’t see, it doesn’t mean it’s not real.

How has your experience flying with a peanut allergy been?

P.S. Did you know SWISS does not serve peanuts on their planes!